Thanks @chrimbo23 for sending this one on – small numbers, but I love random pulls of peeps – they are so very unbiased and fair! Small numbers ok if the pull is represented fairly from the population, no bias (Student sorted out the math on this one out way back); this looks like a fair random sample, so we good to go. Study at following link: http://www.ncbi.nlm.nih.gov/pubmed/11502781

The conclusion from no less a man than the great Gerald M. Reaven – understated nicely:

Some of the simplest engineering assays speak volumes. This one took 208 random healthy non-diabetic, non-obese middle-agers in the 1990’s and followed them for approx. six years. So whatever happens them and what it links to is a fair assessment of what’s in store for the general healthy population, right? RIGHT. The key is that they separated them first into tertiles of Insulin Resistance (SSPG = Steady State Plasma Glucose following Glucose/Insulin infusion to get accurate IR measure), before watching what happened over the following years. At the end there were ~40 with health issues (6 sleeping with the fishes – so they ok for w3 I guess).     28 were in the top tertile of IR (including 4 deaths, and ALL of the T2D cases).     12 were in the Intermediate tertile of IR (including 2 deaths).      Zero were in the Low IR group (no disease, no death). One can theorize all day, but a random pull like this stands out starkly. No matter what anyone says, this suggests what will bring you to your maker, in general terms. And it ain’t ‘bad cholesterol’ driving the bus here peeps: Oh I hear you ask – but did they do regressions? (that most devious statistical shenanigan tool, that is often used to twist the truth in one’s favour). Well yes, but they seem to have done them properly, with SSPG fairly compared against the other variables, after adjusting for age, gender, BMI, level of activity and smoking:

..and we see their univariate regressions, showing what stayed linked to the actual bad events, and what fell off the wagon: So you can take yer cholesterol where you want (except for HDL maybe). I know that if 208 random middle aged men and women are measured properly for a key known disease-decider (buckets of mechs there) and fairly followed – and this happens – then the key thing is to be in the low IR group. Period. Unless you’re worried about being an unusual person who is destined to be afflicted by something <1% of the population are gonna get. I’ll take my chances on that one.

Oh, and check out the final regression table – a bad day indeed for LDL – but SSPG and Insulin ? A rout : Thomas Dayspring tweeted to me a while back that “LDLc is a useless biomarker, unless over 200mg/dL. Also, most MI’s are caused by Insulin Resistance”. I agree. Wholeheartedly. But we can now probably say “most diseases, including cancer”.  This is associational (first leg of root cause stool) – but remember that the second leg of the root cause stool (mechanisms check out) is solid too. The third leg (experimental validation) is pretty solid from other work. Imagine you could get funding to pursue experiments like this on a greater scale. Just imagine. 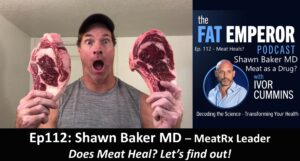 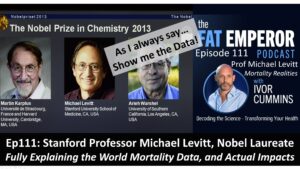 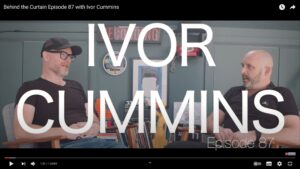 Behind the Curtain: Frank McCaughey with Ivor Cummins Special :-)