This is one of my favorite papers, but something suddenly hit me the other day when re-reading it. Something pretty profound actually. You see, the paper shows the shocking power of Coronary CT Scanning in identifying disease and predicting heart attacks, and especially shows the importance of slowing the rate of Calcification increase from year to year. But it also speaks profoundly to the over-emphasis on LDL, versus the anti-inflammatory, plaque-stabilising action of statins. Let’s look at one of the most important plots relating to cardiac disease that you are ever likely to see:

All of the people in this landmark study had initial CT Scans and got their Coronary Calcium (CAC) Scores – they were men and women in their 50’s with very significant risk factors (but no history of MI’s). All of them went on aggressive statin treatment. And all of them had follow-up scans in the subsequent years; most importantly, they recorded who escaped events versus those who didn’t over ~6 years, and the results were, quite frankly, shocking. Fascinatingly, the people in the left hand plots whose CAC progression year-to-year slowed right down (<15% increase per year) did incredibly well considering they were originally high-risk – incredibly well, and their excellent MI-free survival was attained regardless of their original CAC score – they were ‘cured’, period. But now we turn to the people on the right whose CAC progression continued at >15% per year in spite of treatment. They were screwed – and what about the ones who had higher CAC scores to start off with? To put it bluntly – they were rightly f^”ked; read it and weep.

I have never seen MI outcomes that come close to this disaster – high CAC with >15% yearly increase is utter carnage, nothing else comes remotely close.

But did I not title this post with the words ‘Cholesterol’ and ‘LDL’? What’s the story there? Surely the people on the right who were utterly screwed, falling like flies as the atherosclerotic fires continued to rage unabated in their tattered arteries – surely, surely they had higher relative  LDL levels contributing to their massive increase in atherosclerotic arterial death? They simply must have had at least a higher LDL, it being the putative big factor in this whole heart disease drama – and often the only one that mainstream doctors look at to assess effectiveness of statins on risk reduction?

NO. THEY DID NOT. In fact, they if anything had a LOWER LDL, when compared to people with no events – 118 vs 122 (obviously not statistically significant)

Statins can have a positive effect on Atherosclerosis in established disease peeps who refuse to fix their problem via nutrition, that is true I believe. The mechanism is purportedly via stabilizing plaque and lowering inflammation…which protects against rupture. Again this is for people who know not how to do this via nutrition.

But as for ‘lowering LDL’ being the mechanism? This BS has simply got to stop. It is becoming a bad joke. Statins have their place, but be honest – it is through an anti-inflammatory, pleotropic shotgun mechanism, that is likely better achieved through informed nutrition – with the exception of specific complex genetic issues. The CAC tells the real story. Actually, scratch that – The CAC tells multiple profound stories – and that’s why I love it.

And a $1M Question – why did the statins apparently work so well with some peeps, and achieve dismal failure with the others? It wasn’t the LDL lowering efficacy, we’ve covered that BS already. I’d suggest that the survivors also got fit, lowered their carb and other junk calories, and hit on nutritional fundamentals; the guys on the right kept guzzling their ‘Healthy’ Holegrains and Fruit Juices. Tough break peeps.

Note 1: people with >15% per year CAC progression had 17.2 times the risk of MI, when compared to people with <15% progression ! Although the group were all high-risk to begin with, the low progressors achieved 97% survival at 6 years, while the high progressors clocked a dismal 66% – hail the mighty CAC…. 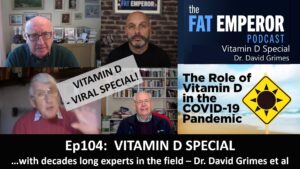 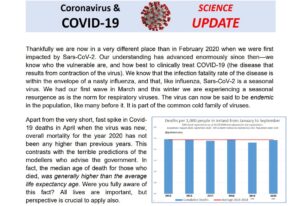